You were brought up on American westerns, and have stated that photography is just “an extension of cinema.” Why do you think these types of films had such a strong impact on you?

I grew up with cinema everywhere. Images of the U.S. informed my adolescence, as did films where the epic landscape shaped characters—ones like Hud (1963), Last Picture Show, Junior Bonner, Bad Day at Black Rock and Badlands. The sense of the horizon is so prevalent; the wide open spaces tested the human mind, and self-reliance was a necessity.

Moving through such epic landscapes while listening to the radio, life seemed to possess boundless opportunities and storylines.

Being from England, do you think you have a preconceived view of the American West? Or do you see yourself looking at it with fresh eyes and an outsider’s perspective?

Both. Initially when I hitch-hiked around the West for three months as a 17-year-old, I was looking for the obvious symbols from films—like a steel windmill. Thirty years later when I revisited the West, and started my seven-year odyssey, I started to see through the eyes of an outsider. The evident advantage of being an outsider is the ability to truly see the everyday, the ordinary, and the overlooked. The beauty of commonplace observed. 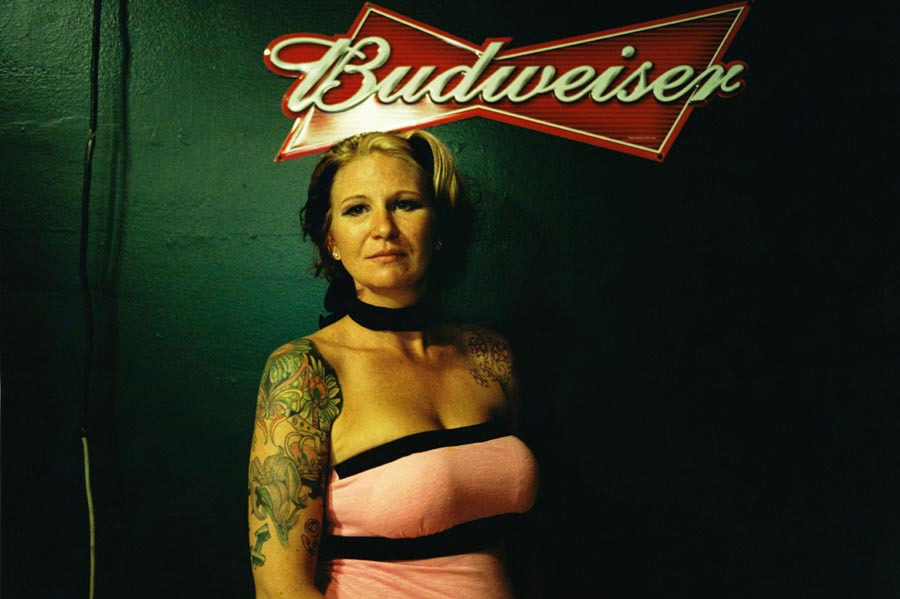 American stereotypes seem to be left up to the viewer. They’re there, but not quite in full. Why is this an important aspect for you?

I seek out characters: people or places that speak to me, without being drawn to the stereotypes. The West is so often photographed as an icon, but I’m more interested in the locations where life is going on away from the gaze of tourism. I am attracted to the generic, not being too specific about a particular place, more like trying to extract a feeling from the environment.

The Last Best Hiding Place has been a seven-year project. What have you learned from it and how have you changed as a photographer and a person?

I quickly realized that this project required time. Time in how I photographed it, as well as overall time invested. I sought to work in a more deliberate manner by using a wooden plate camera. I became more visible, less furtive, and walked around scrutinizing the environment. This allowed me to weave a path with portraits and landscapes. The sheer scale of the distances made it imperative not to rush, but to pursue and follow all the back roads. To feel the distances. To be patient.

Moving through such epic landscapes while listening to the radio, life seemed to possess boundless opportunities and storylines.

Can you share a specific story or experience from your travels that was important to this body of work?

In the summer of 2014 I stopped to explore Miles City, MT. On a hot July day, while I was photographing around the rail tracks, I noticed a figure walking slowly toward me. I waited for him to approach and started a conversation. He had an air about him that intrigued me. Jonnie was a Vietnam veteran, a conscript whose experience of war was working as a cook, and never firing a weapon. Still, he was lambasted as a baby killer upon his return. He informed me he had been incorrectly medicated and had absolutely no memory from the last 20 years. Nothing. He only knows this now after leaving Missoula and changing medications. He baffled authorities with his non-existent drivers’ license, credit cards and credit history. He had simply fallen off the radar. He now lived day by day, attempting to piece together his missing past. He turned out to be the last photograph I took for the book Last best Hiding Place.

Does the American West still exist?

Yes it exists. Sure, the tourist aspects of the Wild West are widely celebrated, but more importantly, beyond that it is a true reflection of society at large. Nowadays people flock to fracking centers like Williston, ND, or billionaires buy up swathes of ranch land for preservation. These are different gold rushes, at a different time, but the sense of adventure and that can-do attitude is still tangible.

Can you tell us why you named the body of work, The Last Best Hiding Place?

That derives from a phrase describing those who are living slightly off the radar.

What’s the relationship between nostalgia, poetry, and image-making?

Photography is inherently imbued with nostalgia. The very act of photographing something is, by virtue of the medium, about the past. Photography and poetry alike. I acutely remember seeing and studying Robert Frank’s The Americans at art school in 1980, and being dumbstruck by the poetic nature of his images. He entices the viewer to wonder about the barmaid and her backstory, or how the man in the coffin died. Frank was never deliberate, but more lyrical in his approach. Through that vagueness one can revisit the images time and time again, imagining stories. 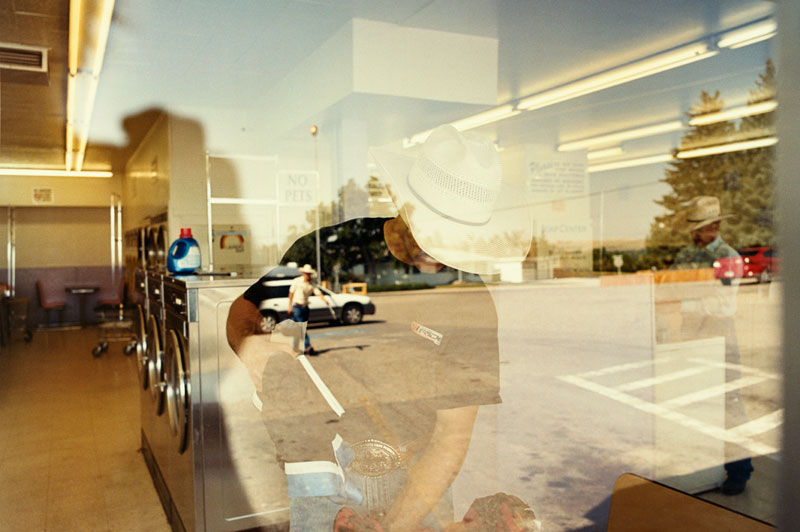 What compels you to work in such long series?

Allowing time to distill what one has, and what is required the next time you return.

One of your other ongoing series, Love Bites, seems to be quite the opposite of the type of work you’re doing in the U.S. In what ways do you attack these series differently and what impact do they have on each other?

Love Bites is focused on a small area along the Bristol Channel in the west of England where I live. I wanted to look at a certain type of English-ness, a flavor of the district as seen through my filter. As with all my projects, it is the combination of places and people, juxtaposed to create narrative strands.

Winn Dixie is still in the early stages, what do you hope to accomplish or discover as it comes to fruition?

Both Love Bites and Winn Dixie (working title) have a way to go until they’re finished (I just spent another few weeks in Georgia photographing). Each time I return, some additional aspect occurs and through repeated visits over years the true meaning of the project reveals itself to me.

What comes next for you?

The book Last Best Hiding Place was published by Kehrer in June this year in Europe and this month in the United States. There are some special editions with a print available in my Bookshop as well. And finally my wife and I recently had our first child, a beautiful baby daughter named Dakota-now that is an exciting journey!